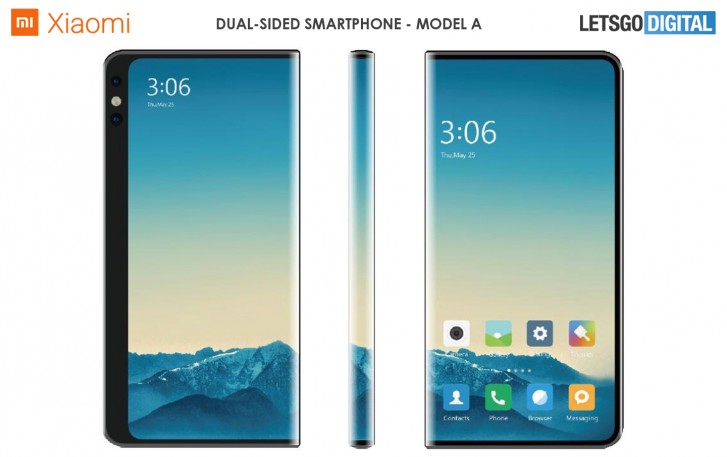 Last year, Xiaomi showed us a really interesting smartphone design in the form of the China-only Mi MIX Alpha where the display wraps the phone all the way from the front to the back.

A new patent has been recently published by the WIPO (World Intellectual Property Office) and spotted by YoLeaks for two new Xiaomi phones.

The folks at LetsGoDigital have created mockup renders of the patents given by WIPO.

The patents of both the devices feature dual-screen smartphones with wrap-around display design.

United States retail sales hike for the third consecutive month in December
The government's first estimate of fourth-quarter growth will offer a fuller picture of USA consumption in data due January 30. Gas station sales jumped 2.8% in December, but the gasoline and other retail sales figures are not adjusted for price changes.

U.S. grant patents for Chinese companies see fastest growth in 2019
Nine of the top 10 companies are from the tech sector, with just automaker Ford the lone organization from another industry. IBM , nevertheless, ranks No. 2 when it comes to the world's largest active patent holders or cumulative patent holdings.

Looking at the design patents, the handset looks quite different from the Mi Mix Alpha but also has the display cover the front panel and most of the rear panel. The rendered image also looks similar to Huawei Mate X when it is folded. The second smartphone has a display that wraps around in a different direction. The Model B shows a smartphone with a screen that wraps up over the top edge of the smartphone.

The patent reveals three distinct varieties of the design starting with two dual-camera setups on the front and back and going all the way to a dual setup on the front and a five sensor array on the back.

The patent suggests that both the designs of the phone don't have any physical button. We recommend you to take this information with a pinch of salt and wait for the official confirmation.