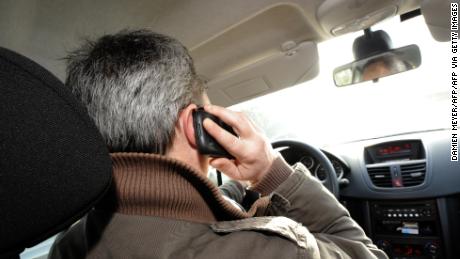 From today, brand new mobile phone detection cameras will be in effect across the streets of New South Wales.

Transport for NSW says the state is the first jurisdiction in the world to have phone-detection cameras on the roads.

Images that the automated system identifies as likely to contain a driver illegally using a mobile phone are verified by authorised personnel. They've been installed as part of the NSW Government's aim to reduce road fatalities and serious injuries by 30 per cent by 2021, and to zero by 2056.

Roads Minister Andrew Constance told Australian Broadcasting Corp in September: "There is no doubt drink-driving, as far as I'm concerned, is on a par with mobile phone use, and that's why we want everyone to be aware that you're going to get busted doing this anytime, anywhere".

Can you interact with your mobile if it's in a cradle?

Trump administration lifts hold on Lebanon security aid
The State Department did not immediately respond to a request for comment. Lebanon also houses thousands of refugees from war in neighboring Syria.

Five Dead in French Flooding, Rescue Helicopter Crash
Their EC145 helicopter lost radio and radar contact while on a rescue and reconnaissance flight in the Var region Sunday night. French media reported that one was a shepherd whose 4x4 vehicle was carried away by a flash flood as he crossed a ford.

The mobile phone detection programme, one of the first in the world, involves cameras operating day and night in all weather conditions to determine if a driver is handling a mobile phone, according to Transport for NSW, which manages the state's transport services.

After that, the penalty will be a A$344 standard fine, and a A$457 fine in a school zone with five demerit point penalty. In both cases, the drivers also receive penalty points.

Officials said more than 100,000 drivers were caught using mobile phones while driving during a trial run of the technology earlier this year.

NSW Minister for regional roads Paul Toole said the program will eventually check 135 million vehicles on the state's roads each year by 2023.

Around 10 fixed and portable cameras have been switched on around the state, with 45 cameras expected to be operational within the next four years.

In 2018, a report from the Audit Office of New South Wales even highlighted that putting up signs can reduce the effectiveness of speed cameras.