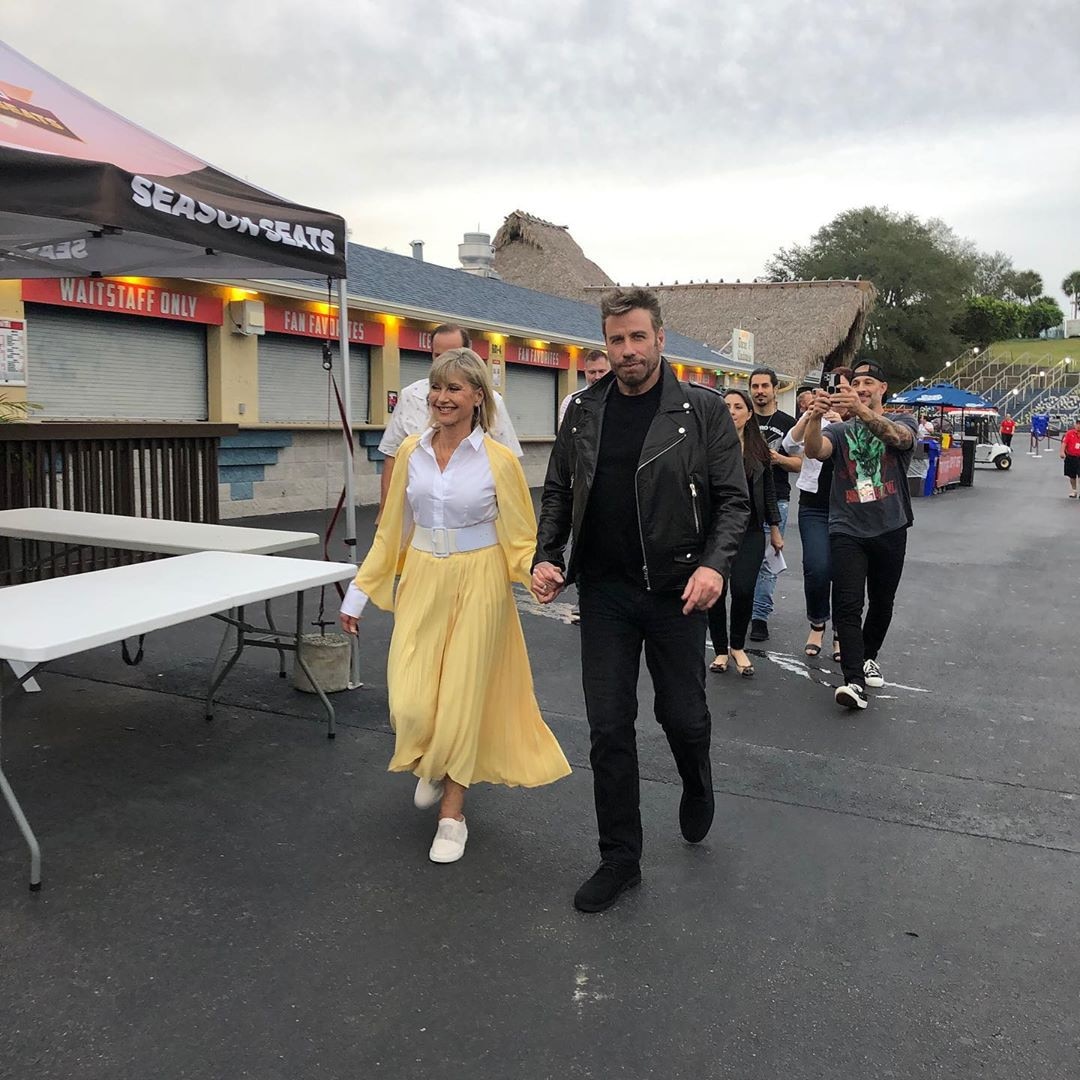 Travolta and Newton-John gained worldwide acclaim for their roles as Danny Zuko and Sandy Olsson in the 1978 film.

'In addition, there will be a massive screening of the Grease Sing-A-Long film, followed by a special, intimate Q&A with Travolta and Newton-John.

"First time in disguise since we made the movie!"

According to a post on Newton-John's Instagram, the event was the first time they had sported their costumes since filming the movie.

Olivia, 71, recently sold her iconic "bad Sandy" outfit of a leather jacket and tight spandex pants at auction, to raise money for her cancer centre after she revealed she was battling the disease for the third time.

The leather jacket fetched 243,300 United States dollars (£185,000), only for the anonymous buyer to hand it back to a "grateful" Newton-John. It should not sit in a billionaire's closet for country club bragging rights.

Newton-John happily told the donor and the gathered reporters that she would finally be able to fulfill her dream of putting the jacket on display in her cancer research center.