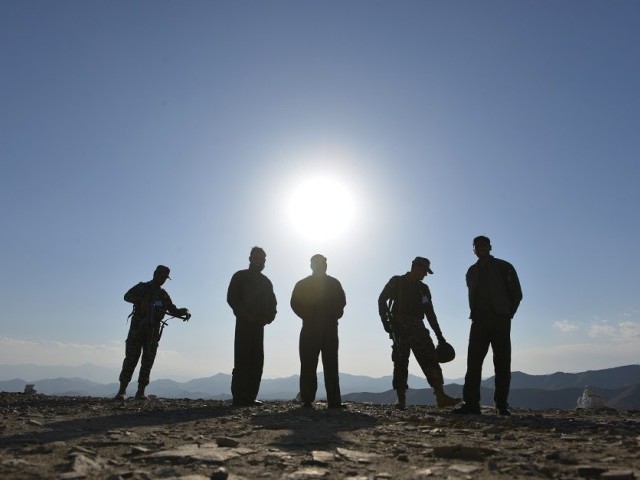 In a pair of Thursday tweets, the USA special envoy for Afghanistan announced a "brief pause" in negotiations.

US Secretary of State Mike Pompeo on Wednesday condemned the "terrorist attack" near Bagram airbase "in the strongest possible terms", and said that the US stands with the Afghan people to bring peace and stability.

Newsweek, first to report the incident, also said that USA and Taliban forces engaged in a almost 10-hour firefight following the attack.

Khalilzad, the US Special Representative for Afghanistan Reconciliation, had arrived here in Pakistan earlier today from Qatar's capital, Doha, and was escorted from Islamabad International Airport (IIAP) under special security arrangements.

Khalilzad met with Pakistan's foreign minister, Shah Mahmood Qureshi, who assured the American envoy that Islamabad will continue to press for a durable peace in neighboring Afghanistan.

The process, however, is still awaiting a breakthrough, as the Taliban have turned down repeated USA requests for inclusion of the Kabul government in the talks.

Facebook faces possible FTC action in antitrust probe
However, FTC would also require a five-member majority and suit filing in federal court to make injunction possible. The Department of Justice is also looking into Facebook over potential antitrust concerns.

Afghan militias operate in remote regions and are under the command of the country's National Security Forces, which suffers near daily Taliban attacks.

Earlier in the day, Khalilzad, in a series of tweets, stressed the Taliban "must show they are willing & able to respond to Afghan desire for peace".

The U.S. negotiating team is taking a "brief pause for them [the Taliban] to consult their leadership on this essential topic", he added. Taliban spokesman Zabihullah Mujahid said the attack was actually a coordinated militant assault on the checkpoint where the shooting took place.

An Afghan Security police carries his injured daughter after an attack near the Bagram Air Base in Kabul, Afghanistan, Wednesday, Dec. 11, 2019.