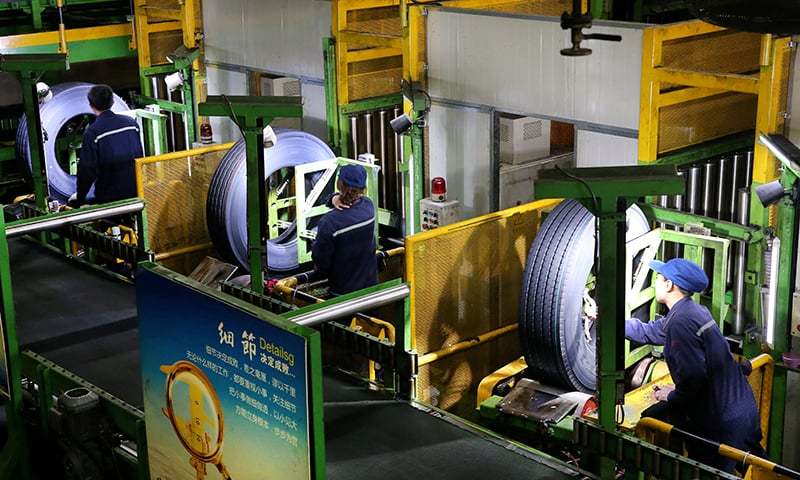 The Nikkei Manufacturing Purchasing Managers' Index, compiled by IHS Markit, rose to 51.2 last month from 50.6 in October, confounding expectations in a Reuters poll for a decline to 49.8.

New orders fell for the seventh month in a row during November, IHS Markit says this reflected tougher conditions in both domestic and overseas markets.

A sub-index of new export orders climbed to a 7-month high at 48.8, but was still in contraction as demand wanes for China's exports overseas.

India's manufacturing activity picked up in November as new orders and output rose at a faster pace, a survey showed on Monday, although factories were less optimistic about the future, shedding jobs for the first time since March a year ago. The reading marks the second expansion this year.

Murder investigation launched after boy, 12, hit by vehicle near school
Harman said police have launched a search for a local man, 51-year-old Terry Glover, in connection with the attack. Officers are hunting for a silver Ford KA that left the scene following the horror hit-and-run.

Seahawks DE Jadeveon Clowney on track to play vs. Vikings
For Minnesota, they're just hoping this trip to Seattle turns out better than the last time they played the Seahawks . They now hold the tiebreaker over their NFC West rivals after defeating them in overtime in Week 10.

Australia Rolls Out Cell Phone Detection Cams-Are We Next?
When the camera detects a driver is using the phone, it will snap a picture which will then be verified by authorized personnel. During the test, almost 8.5 million cars were examined and nearly 100,000 drivers were caught using their phones illegally .

Manufacturing companies generally expected output to rise over the next 12 months, but the measure of future output expectations slipped to a five-month low in November. "This is a major constraint on economic recovery, which requires continuous policy support", said Zhong Zhengsheng, director of macroeconomic analysis with consultancy CEBM Group, a subsidiary of Caixin Insight Group.

Top US and Chinese negotiators held phone talks on Tuesday and agreed to keep in touch over "remaining issues" for a "phase one" trade deal between the two countries, Chinese state media said.

China's official manufacturing PMI, released by the NBS on Saturday, picked up to 50.2 (link in Chinese) in November from 49.3 in the previous month, marking the first expansion following six straight months of contraction.