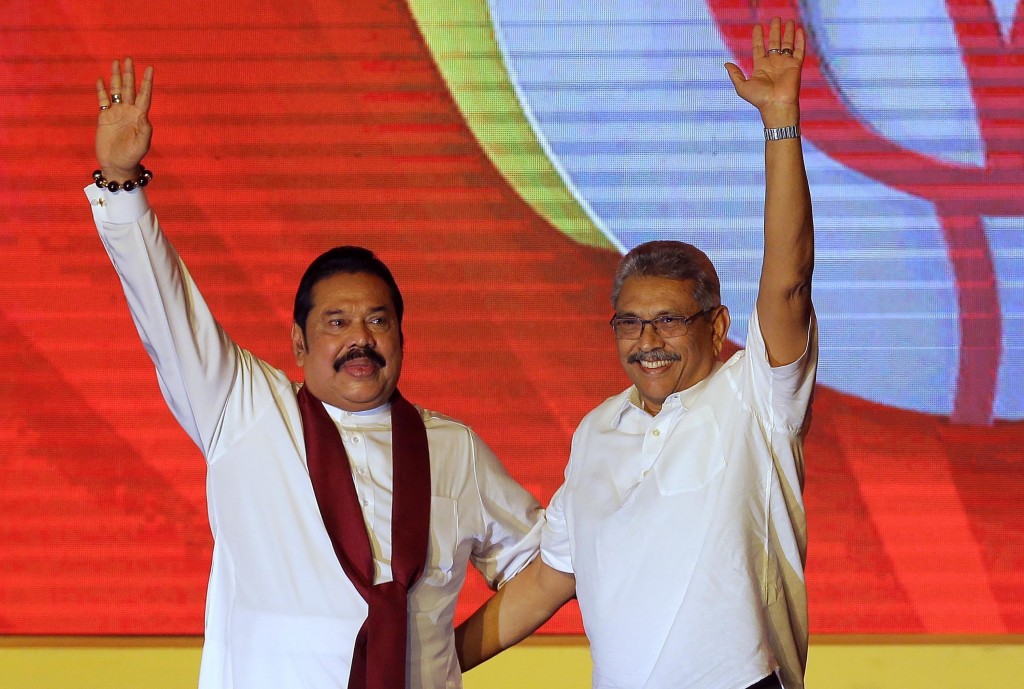 The 47-year-old had earlier thrown his weight behind Gotabaya Rajapaksa, who was on Monday sworn in as the Sri Lankan president a day after he was declared the victor in the closely fought election.

Following the victory of President Gotabaya Rajapaksa at the recently concluded Presidential Election, former Premier Wickremesinghe rendered his resignation clearing the way for new President to form a government.

Smoke shrouds Sydney as fires continue
The fires have been exacerbated by soaring temperatures, strong winds and the worst drought in decades. Residents will face fines if they use hoses to water their gardens and wash their cars.

Gotabaya, 70, had earlier served as defence chief under his brother Mahinda, who himself served as president from 2005-2015. He is set to be the Sri Lanka Podujana Peramuna (SLPP) party's candidate in the parliamentary election expected around April.

He was also implicated in several investigations including the abduction and killing of critical journalists during the civil war.

Meanwhile, corruption charges against President Gotabaya Rajapaksa were dropped on Thursday by a court, which handed his passport back as he acquired immunity from prosecution after being elected last weekend. The decision was made on the advice of the attorney general, said spokeswoman Nishara Jayaratne.

The Rajapaksa brothers are accused of serious human rights violations during the war and Gotabaya Rajapaksa promised during the campaign that he will not honor a United Nations Human Rights Council resolution in which Sri Lanka agreed to investigate allegations against the government and Tamil Tiger rebels.