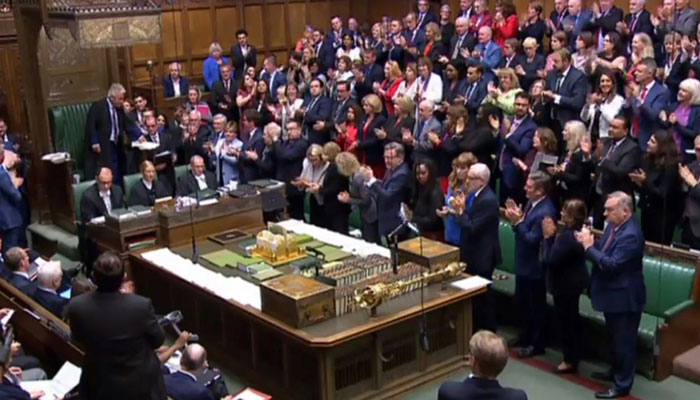 The prime minister has had a turbulent week since Parliament returned from its summer break on September 3.

Johnson on Tuesday said he would go to Brussels to try to negotiate a new deal with the European Union but insisted the United Kingdom will withdraw from the trading bloc by the October 31 deadline.

Legislators also demanded the government release, by Wednesday, emails and text messages among aides and officials relating to suspending Parliament and planning for Brexit amid allegations that the suspension is being used to circumvent democracy.

Parliament is now suspended - or prorogued - until October 14, but once its session resumes, most scenarios lead to a cross-party agreement to hold an early election that would test Johnson's popularity outside Parliament's Gothic halls in London. But time is running out and no negotiations have been scheduled.

The threshold of 434 votes can be reached only with support from the opposition.

"This government will press on with negotiating a deal, while preparing to leave without one", the Prime Minister said after losing the bid for an early election. "This government will not delay Brexit any further", he added. On a visit to Dublin, Johnson said a no-deal Brexit would be a "failure of statecraft" that would damage the British and Irish economies. "That includes our friends and partners across the EU". But on Monday, he said the priority was to ensure the United Kingdom could not be "kept locked in" the provision.

The EU has argued that the Irish border, with its network of hundreds of crossings and no visible frontier, is unlike any border in the world, which is why the backstop is needed.

Mr Varadkar said a no-deal departure would cause severe economic problems for Ireland. 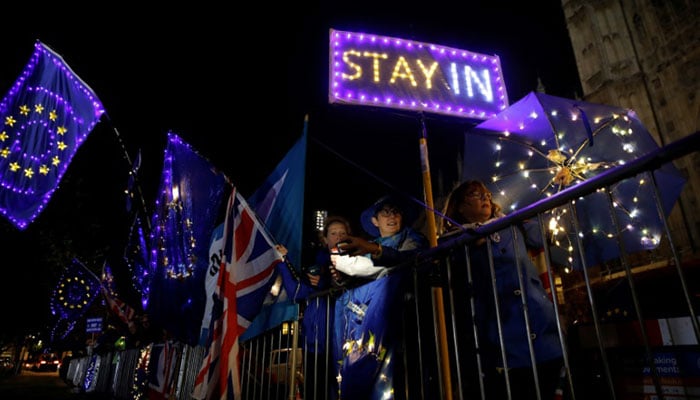 "We are open to alternatives, but they must be realistic ones, legally binding and workable, and we haven't received such proposals to date".

"We are not seeking a Northern Ireland-only backstop", Mr Johnson's spokesman said.

The law, which came into force on Monday, specifies the exact wording of the letter that Johnson has to send to the European Union, but it does not exclude the possibility of sending a second letter setting out a different position.

He added: "How the rule of law will be respected is normally straightforward, but sometimes it can be more complex because there are conflicting laws or competing legal advice".

Alternatively, Johnson could be forced to resign by Labour calling, and winning, a vote of no confidence when parliament returns in mid-October.

Meanwhile, the race is on to replace John Bercow as Commons Speaker after he announced his intention to stand down next month.

"Throughout my time as speaker, I have sought to increase the relative authority of this legislature, for which I will make absolutely no apology", he said.

Johnson's team also believes he can capitalize on the opposition Labour Party's left-wing tilt under leader Jeremy Corbyn, who is a divisive figure for many voter.

She said "I think I would be a champion for Parliament".

The United States of America wins The 47th Walker Cup match
The all-English pairing of Conor Gough and Harry Hall were never behind in their match against Akshay Bhatia and Stewart Hagestad. USA duo John Pak , right, and Isaiah Salinda celebrate after beating Sandy Scott and Euan Walker on Merseyside.