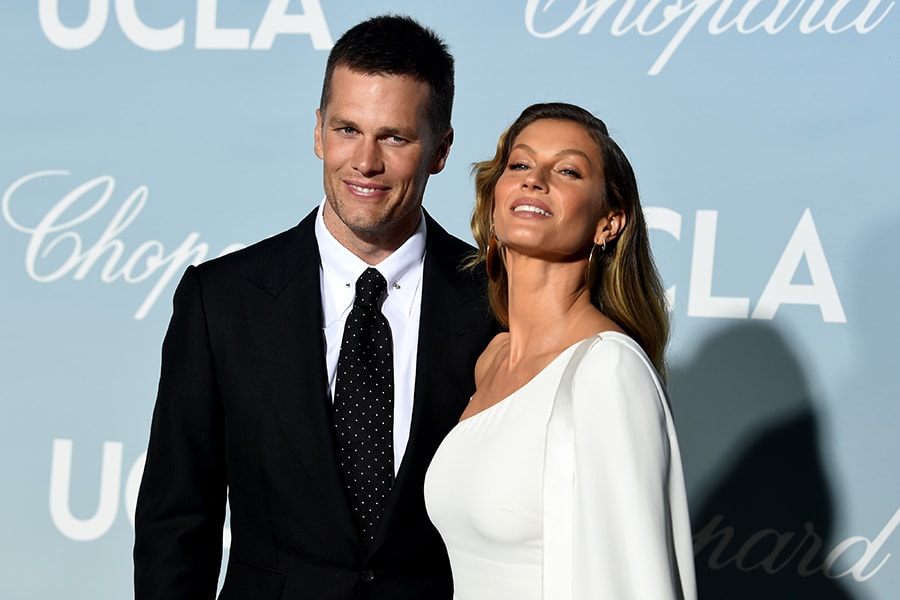 Reports that Tom Brady and Gisele are selling their $40 million Boston-area home has many people speculating that he may be preparing to retire or even play for another team in the near future.

The modern castle, which is lined in brick and stone, sits on five acres of land overlooking a golf course.

The home was initially listed as for sale on Tuesday morning, though Zillow later changed it to "off market".

The custom 9,716 square feet home was designed by the renowned architect Richard Landry and built in 2015.

A grand staircase leads to the five bedrooms on the second floor while the lower level features a recreation room, a kids' playroom, a wine room, gym and spa. It comes with a 2,400 square-foot guest house, created to look like an old barn, that has a yoga studio inside.

League sources told ESPN and the New York Post on Tuesday that Brady and Bundchen have been searching for homes in Greenwich, Conn., and Alpine, N.J. The couple also owns properties at Silo Ridge Field Club in Armenia, N.Y., almost three hours from Gillette Stadium in Foxborough, Mass., and a place in New York City. He is scheduled to earn $23 million in the 2019-20 campaign, but the contract includes void years for 2020 and 2021.

The deal, originally reported as a two-year extension, gives Brady an $8 million raise for the 2019 season.

That combined with a house listing certainly riles up the speculation.

Tom Brady is entering what is essentially a contract year for the first time in his National Football League career, and it appears he is also selling his home in MA.

Or, you know, maybe they want to live in a different house.