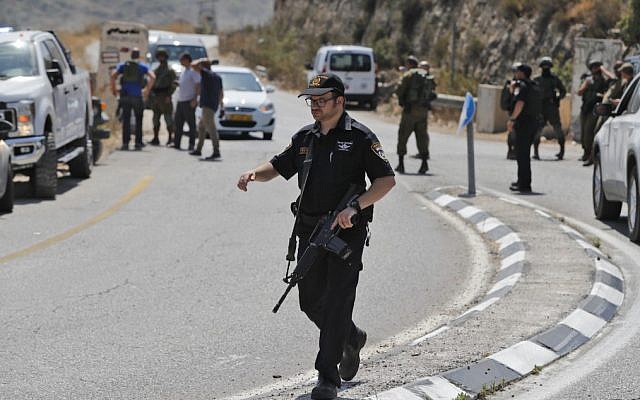 The Israeli air force struck in Syria to prevent an Iranian force from launching an attack on the Jewish state with drones armed with explosives, the army said Sunday.

The unusual announcement of an Israeli strike inside Syria included word of what the Israeli military described as a new Iranian tactic: kamikaze-style unmanned vehicles created to hit a target and blow up on impact.

"If someone rises up to kill you, kill him first", Netanyahu said on Twitter, alluding to a Talmud passage justifying self-defense.

In statements issued by his office, he also said that if Israel continues to target Iraq, the country "will transform into a battle arena that drags in multiple countries, including Iran".

Macron, Trump break the ice with surprise pre-G7 lunch
The three-day summit comes amid sharp differences over a range of global issues including trade and climate change. I think we will accomplish a lot this weekend", Trump said, praising his "special relationship" with Macron.

6 injured after lightning strikes tree at Tour Championship
The lightning reportedly sent a bunch of debris flying, and that struck at least six people. one of whom was reportedly a child. The strike hit the top of the tree just off the 16th tee shortly before 5 p.m., shattering the bark all the way to the bottom.

Israel is believed to have carried out hundreds of strikes in Syria since civil war broke out there in 2011, to try to prevent Iran gaining a foothold.

"The objective of the cell was to launch multiple attack drones on northern Israeli territory".

Israel aimed only to destroy offensive infrastructure, Conricus said, but fighters belonging to both the Quds Force, an elite unit of the Revolutionary Guard, and Shiite militias allied with Iran were present. Direct clashes between Israel and Iranian forces have been rare.

Mr Conricus claimed on Thursday Israel had prevented an attempt to launch a drone attack but did not provide further details.

A spokesman for Lebanon's Hezbollah says two Israeli drones crashed in Beirut without the militant group firing on them.

Illustrative: Iraqi Hezbollah members hold up the yellow flags of the Iraqi branch of the Lebanese terror group and a portrait of Iran's late supreme leader, Ayatollah Ruhollah Khomeini, as they walk on an Israeli flag painted on the ground during a parade marking al-Quds (Jerusalem) International Day on July 25, 2014, in the Iraqi capital Baghdad.