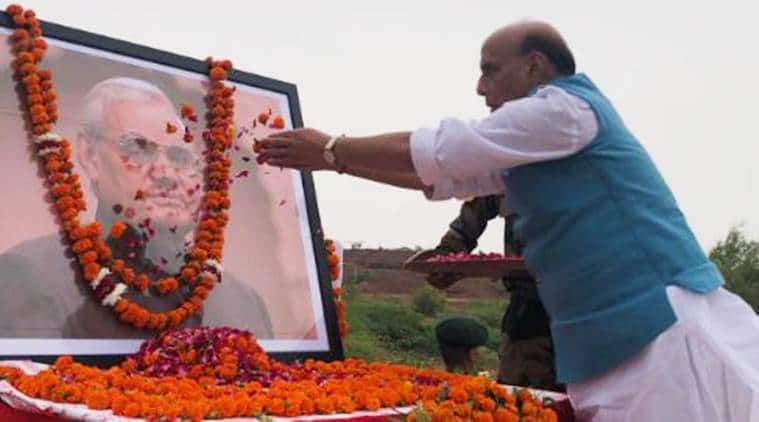 The statement comes as tensions rise with Pakistan after Prime Minister Narendra Modi's government stripped Indian-administered Kashmir of its autonomy, a move sharply condemned by Islamabad.

Rajnath Singh followed up his statement to a news agency with a string of tweets to make the same point. The policy in India's nuclear doctrine meant the country will not to use its nuclear weapon as a means of warfare unless attacked by an adversary using nuclear weapons. "But what happens in the future, all that will depend on the circumstances" - may have disturbed the peace embedded in the third criterion mentioned above.

In 2016, two years after PM Modi stormed to power, late former Defence Minister Manohar Parrikar had wondered why India can not say "we are a responsible nuclear power and I will not use it irresponsibly" instead of affirming a "no first use policy". That remark had come a couple of months after India carried out the surgical strikes at terrorist launch pads along the Line of Control.

Intriguingly, this year, the Ministry of External Affairs, changed the text of Menon's 2010 speech on its website, citing India's emphasis on "minimal deterrence, no first use and non use against non-nuclear weapon states and its direct linkage to nuclear disarmament".

"I wonder why we say that we don't use nuclear weapons first". Singh's visit coincided with the first death anniversary of Atal Bihari Vajpayee, during whose term as PM the Pokhran-2 nuclear tests were conducted in 1998. The Nuclear Suppliers Group (NSG) was made in 1974 to prevent India from doing so again.

In August 1999, the government released a draft of the doctrine which said that nuclear weapons are exclusively for deterrence and that India will pursue a policy of "retaliation only".

Official autopsy shows Jeffrey Epstein hanged himself in jail cell
Clinton and Trump both said they had not seen Epstein in years when new charges were brought against him last month. Attorney General William Barr has said the criminal investigation into any possible co-conspirators would continue.

"India has stopped the policy of getting scared of Pakistan's threats".

A commitment to not be the first to use a nuclear weapon has always been India's stated policy.

Withdrawing the NFU policy, which Mr Singh hinted at, would be meaningless and would make no difference to Pakistan because Pakistani strategists do not believe in it in the first place. They proceed from the assumption that India can and would use nukes first in certain situations.

Observers said Singh's statement is the clearest so far with regards to a change in India's nuclear doctrine.