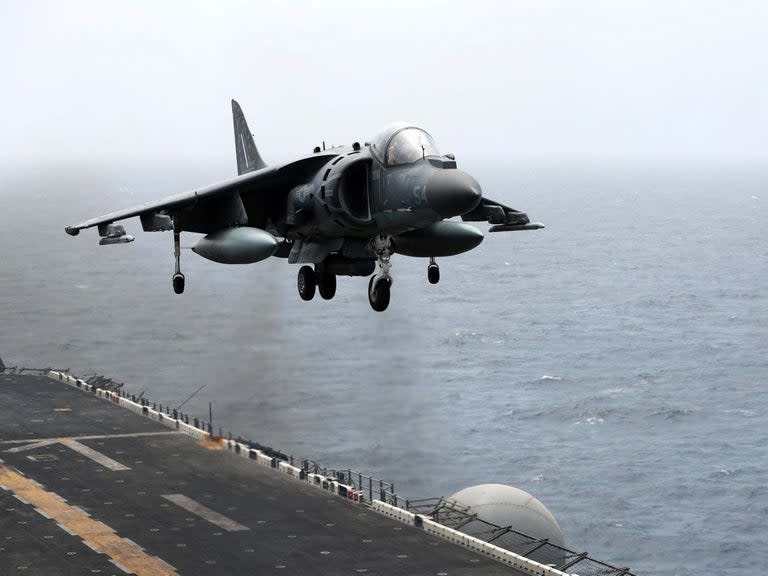 The administration of US President Donald Trump is reportedly preparing to send hundreds of troops to Saudi Arabia amid escalating tensions with Iran and despite growing criticisms of Washington's military ties with Riyadh over the regime's gloomy human rights record.

Hundreds of American troops will be sent to Saudi Arabia, as tensions with regional power Iran increase, according to media reports on Wednesday.

Senior American defense officials said some USA troops and Patriot air defense missile systems have already arrived at Prince Sultan Air Base, south of Riyadh, where the troops have been preparing for the arrival of aircraft later this summer as well as additional troops.

A small number of troops and support personnel are already on site with initial preparations being made for a Patriot missile defence battery as well as runway and airfield improvements, according to the officials.

Satellite Imagery captured in late June and early July appear to show preparations being made to the site ahead of the deployment of United States troops. "The encampment to the east of the runway is typical of Air Force engineering squadrons deployed overseas", Jeffrey Lewis, director of the East Asia Nonproliferation Project at the Middlebury Institute of International Studies at Monterey told the broadcaster.

The Pentagon had announced plans in May to extend the deployment of some 600 troops from a Patriot missile battalion already deployed to the Middle East, and deploy an additional 900 servicemembers, including Patriot missile operators, to bolster security for US troops already in the region.

The arms package, worth an estimated $8 billion, includes thousands of precision guided munitions, other bombs and ammunition, and aircraft maintenance support for Saudi Arabia and the United Arab Emirates.

Congress has not been formally notified of the deployment, although one official told CNN that they had been given an informal heads-up and an announcement is expected next week.

The deployment to the kingdom comes amid criticism of the US government's support for a Saudi-led coalition waging a war against Houthi rebels in Yemen. The Trump administration cited an emergency provision in the Arms Export Control Act and the looming conflict with Iran to justify its eight billion dollar sale of arms to the aforementioned nations without Congress's revision of the deal. Tensions with Iran have spiked since May when the Trump administration said it had detected increased Iranian preparations for possible attacks on USA forces and interests in the Gulf area.

Democrats said the president's action violated the law because there was no actual emergency. "These are countries that are already using American-made weapons in a campaign in Yemen that resulted in innocent civilians being targeted and killed", David Cicilline, a Rhode Island-based Democratic Congressman told Newsweek.

The US has been supporting a 2015-present Saudi-led war against Yemen that seeks to bring back the impoverished country's former Riyadh-backed officials.

Representative Engel also stated that it was important for the USA to stand against human rights atrocities around the world and that supplying these bombs to the Saudi-led coalition to carry out its mission goes against the values America espouses.

In a written statement Friday evening, U.S. Central Command said the deployments to Saudi Arabia had been approved by the Pentagon.

Tens of thousands have died since the onset of the war, and the entire Yemen has been pushed close to the edge of outright starvation. Many in Congress now question the decades-old U.S. -Saudi security alliance and oppose major new arms sales to the kingdom.

But opposition among members of Congress to the Trump administration's alliance with the Saudis has been building, fuelled by the high civilian casualties in the Saudi-led war in Yemen - a military campaign the USA is assisting - and the killing of US-based columnist Jamal Khashoggi by Saudi agents.