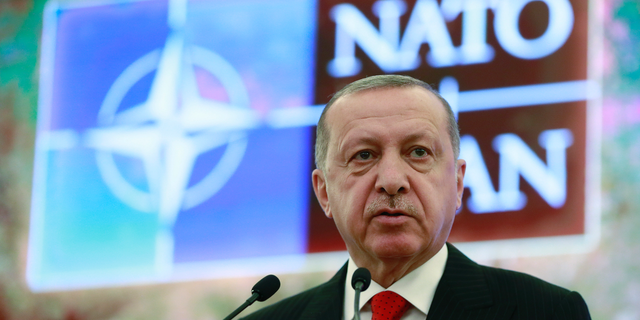 Russian-made S-400 anti-aircraft missile systems were delivered to Turkey on Friday after Washington warned they would face sanctions for the purchase.

The Trump administration had given mixed signals about how exactly it might respond if Turkey went through with the deal, but American officials, including Secretary of State Mike Pompeo, had warned of dire repercussions, including canceling sales of US -made F-35 fighter jets to Ankara and the imposition of sanctions under a 2017 law on cooperation with adversaries.

"This is the point where the spat between Turkey and the United States intensifies, because Washington says even the S-400 arriving to Turkey is a matter of U.S. sanctions", she said.

A Defense Ministry statement said "the first group of equipment" of the S-400 air defense systems has reached the Murted Air Base near the capital, Ankara.

Erdogan told Trump during their meeting on the margins of the G-20 meeting in Japan that former president Barack Obama did not allow Ankara to buy Patriot missiles - an equivalent of the S-400s.

Turkey has urged formation of a commission to clarify any technical issues, but the USA has failed to respond to this proposal.

US officials urged Turkey to buy US Patriot missiles, arguing the Russian system would be incompatible with North Atlantic Treaty Organisation systems and expose the F-35s to possible Russian subterfuge.

Washington fears that Russian Federation could spy on the advanced US F-35 stealth fighter jet through the S-400 radars. Last year, the USA imposed sanctions on Turkey over its, triggering a Turkish currency crisis.

However, Turkey has refused to bow to USA pressure, insisting that choosing which equipment to purchase is a matter of national sovereignty and does not target any third country. Turkish Defense Minister Hulusi Akar said later that Ankara would begin the deployment of the S-400 systems in October 2019.

Turkey says the system is a strategic defence requirement, particularly to secure its southern borders with Syria and Iraq.

The US has already halted deliveries of the aircraft to Turkey and suspended the training of Turkish pilots.

The Murted base was formerly known as Akinci Air Base and was used by putschist soldiers in the failed 2016 coup.

TRT World's Francis Collings has more on why S-400 is the world's best air defence system.