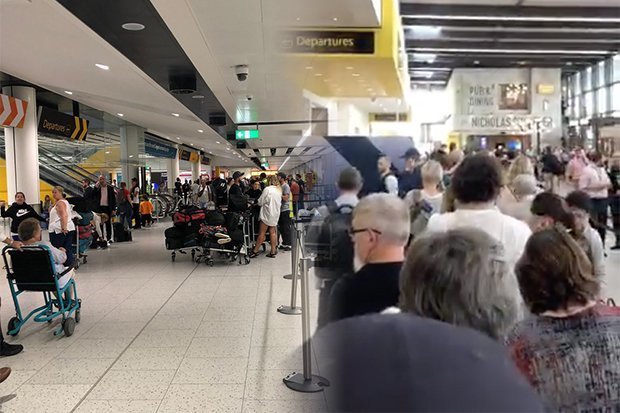 Services at Gatwick Airport are back to normal after the airport had suspended all flights.

Twenty-eight flights were cancelled and 26 diverted to other airports after the air traffic control problems on Wednesday.

Departure boards at the airport reportedly said that more information would be released at 7pm.

In a statement Gatwick said it was working "to rectify this issue as quickly as possible". Flights have resumed, but passengers are advised to check the status of their flight with their airline before travelling to the airport as we return to full operations.

USA stocks close mixed as investors look to Powell's testimony to Congress
Against the dollar, the euro was little changed at $1.1204 after hitting $1.1194, which was the lowest in almost three weeks. The euro traded at $1.1213, near Monday's low of $1.1207, its weakest level since June 19.

Gatwick Airport has suspended all flights this evening due to problems with air traffic control.

The airport spokesman said: "We're now working hard to get that back up and running".

A small number of flights were allowed to land at Gatwick after the suspension began.

A spokeswoman for Gatwick Airport said the cancellations on Thursday were a result of planes being in the wrong place following Wednesday's disruption.