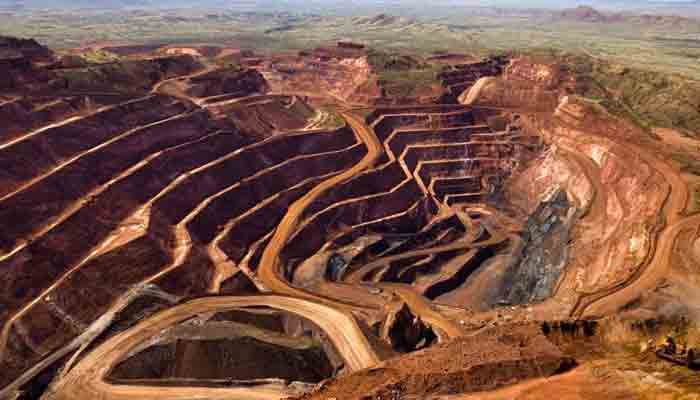 Antofagasta plc (LON:ANTO) today announced that an worldwide arbitration tribunal of the World Bank's global Centre for Settlement of Investment Disputes has today awarded $5.84 billion in damages to Tethyan Copper Company Pty Limited, a joint venture held equally by the Company and Barrick Gold Corporation, in relation to the arbitration claims filed against the Islamic Republic of Pakistan following the unlawful denial of a mining lease for the Reko Diq project in Pakistan in 2011.

The company then announced in May 2013 it would no longer seek a mining lease and would instead exclusively seek monetary damages. The case between the Pakistan government and the company continued for seven years.

The company is still "willing to strike a deal with Pakistan", Tethyan board chair William Hayes said in a statement.

Pakistan said it welcomes the offer to work towards a negotiated settlement.

The small town of Reko Diq in Chagai district in Balochistan is located in a desert area, 70 kilometres north-west of Naukundi, close to the border with Iran and Afghanistan.

The attorney general's office said Pakistan reserved the right to pursue any legal remedies but sought to assure foreign investors that their rights would be protected.

In 2017, the ICSID ruled against Pakistan in the case but did not determine damages.

Amazon Alexa Could Soon Live on Your Windows 10 Lockscreen
It has been a long time since Microsoft partnered with Amazon to bring Alexa into the lives of Windows 10 users. The things start at a hair below £2k for the i7 Nvidia machine, topping out at £3,149 with all the knobs on.

CHR: UN’s drug war probe ‘not needed if police cooperate’
He, however, said the government would consider all factors in deciding whether to proceed with cutting ties with Iceland for good.

Pakistan is keen for development of this resource to ensure that the development needs of some of the poorest people on the planet are addressed.

The TCC - of which Canadian gold firm Barrick and Chile's Antofagasta Minerals control 37.5 per cent each - is the largest foreign direct investment mining project in the country.

The company said it had invested more than United States dollars 220 million by the time Pakistan's government, in 2011, unexpectedly refused to grant them the mining lease needed to keep operating.

The AG office and other stakeholders, particularly the Balochistan government, were studying the award and reflecting upon its financial and legal implications, the announcement said.

According to Tethyan's website, it conducted a feasibility study that found the mine would have cost around US$3.3 billion to build and produced 250,000 ounces of gold and 200,000 tonnes of copper per year for several decades.

The provincial government is also a sleeping partner in the Reko Diq project with a 25 per cent stake.

Tethyan acknowledged it had invested about $220 million in the mission earlier than local authorities blocked it in 2011.