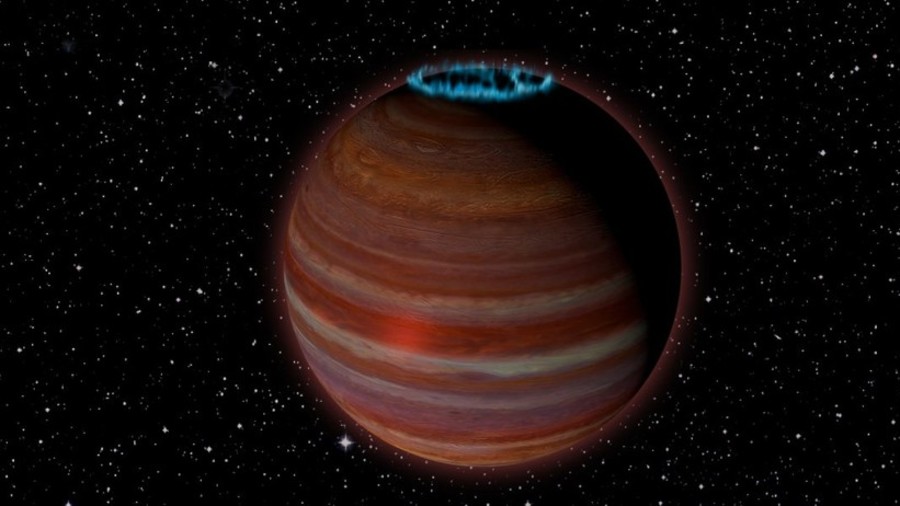 It's very large, and has an extremely strong magnetic field, and it's a "rogue", not attached to any other object.

The VLA observations provided both the first radio detection and the first measurement of the magnetic field of a possible planetary mass object beyond our Solar System. It is travelling through space unaccompanied by any parent star.

Brown dwarfs, explains the NRAO, are celestial objects that are too big to actually be considered planets, yet not big enough to sustain the nuclear fusion that keeps stars alive in their cores.

Like this story? Share it with a friend! They are originally formed inside a star system but somehow escaped.

But as far as we know, brown dwarfs aren't in the vicinity of any stellar winds, making their auroras something of a puzzle.

"This particular object is exciting because studying its magnetic dynamo mechanisms can give us new insights on how the same type of mechanisms can operate in extrasolar planets - planets beyond our solar system". However, solitary brown dwarfs do not have a solar wind from a nearby star to interact with. Brown dwarfs, hard to categorise, are too huge to be classified as planets and not big enough to be classified as stars. But this new data seems to show it's a much younger object and its mass was therefore a lot smaller - meaning it could theoretically be classified as a planet in its own right.

The first of such astronomical bodies was observed in 1995 and the scientists are still trying to understand more about the radio emissions and magnetic fields of five brown dwarves.