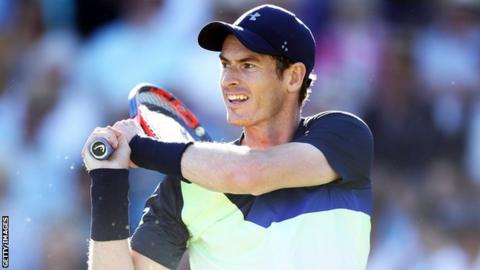 Andy Murray revealed on Friday he is "likely" to compete at Wimbledon after the two-time champion was handed a first-round tie against France's Benoit Paire.

But with just three matches under his belt since returning from almost 12 months on the sidelines he enters his home Grand Slam in a different mindset to any of his previous appearances at SW19. "It's just whether I feel like I'm able to do myself justice".

"I've always loved that and enjoyed that in a way".

Edmund will likely be the bigger hope for British fans after reaching a career-high No. 17 in the world rankings and an Australian Open semifinal earlier this year.

Murray, who defeated Paire in straight sets at Wimbledon a year ago, could still withdraw from the tournament right up until the scheduled start of his clash with the world No 48.

But Murray is keen to temper any hysteria about his return.

Australians rush to help rescue soccer team stuck in cave
James Wang, a member of the Chinese rescue team Green Boat Emergency Organisation, believed they could help with the operation. The 12 boys and their coach entered the cave in Chiang Rai a week ago.

Murray is taking nothing for granted, though, and said on Saturday: "I have to view it very much day by day".

The 31-year-old only returned to action last week after nearly a year out with the right hip problem that required surgery in Australia in January. "Because four or five weeks ago, I didn't know whether I'd be capable of competing at a level I'd be happy with".

"I think the last couple of weeks has been beneficial".

"I need to be very open with my team about that and let them know exactly how I'm feeling, which maybe in the past, sometimes things are a bit sore, you just kind of get on with it, whereas now I need to be smart with that".

He has practised for a long time already so I'm going to try to do my best and see how he is. Like I said, I'm competing with the best players in the world. Novak Djokovic will play controversial American Tennys Sandgren.

Back then, Paire was ranked No 46 and Murray was the world No 1, but his hip was really starting to trouble him and, after his five-set defeat by Querrey, he hobbled away to spend the next 11 months on sick leave.

"I'm not just going to keep playing for four years or three years if I don't feel like I can play, I'm in pain, I'm not enjoying it".

"I'm pumped", he said, even though his familiar downbeat tone of voice betrayed little sign of excitement.